The Sporting Club Network, presented by Price Chopper, is proud to announce that our Academy Affiliate, Sporting Iowa, has officially expanded their club into the eastern part of Iowa with the addition of Sporting Iowa-East. This recent expansion will play an important part in the overall growth of the game in the Eastern part of the state by elevating the level of youth soccer while also offering extensive benefits that will directly impact the improvement of these new players as well as coaches.

Vice President of Sporting KC’s Youth Soccer Department, Dan Popik, expressed his enthusiasm about the expansion saying that, “I’m excited to announce Sporting Iowa-East as the newest member of the Sporting Club Network and Academy Affiliate Program.  Sporting Iowa-East, under Paul Dayrell’s leadership, will offer the Quad Cities a professional youth soccer club with an emphasis on player development and growing the game.  Sporting Kansas City aims to be the leader in the industry and believes Sporting Iowa-East will be a fantastic partner to lead that initiative in the Quad Cities.” 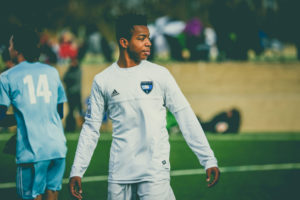 Players at Sporting Iowa-East can now take part in Affiliate exclusive experiences that ultimately gives them access to Sporting KC’s complete player development pathway. However, while that may provide the elite players a direct connection to the US Soccer Development Academy & ultimately a professional pathway, all players will have opportunities to enhance their development. Throughout the year, all players will have the chance to participate in unique competitions, supplemental training, college prep programs, and more. Coaches & club directors at Sporting Iowa-East will also receive exclusive benefits such as coaching education resources, access to observe Sporting KC’s training environment & technical staff, as well as club development forums, among other highlights.

Speaking to the partnership, the Executive Director of this new branch of Sporting Iowa, Paul Dayrell commented that “the Quad Cities and Eastern Iowa is a hotbed of talent and potential, that will benefit immensely from a professionally run program with a clear long-term player development pathway, that can keep our elite players training locally in the optimal environment,” says Dayrell. “Partnering with Sporting KC as an official academy affiliate provides the true pinnacle to the developmental pyramid and the opportunity for our local players to set their goals as big as their dreams.”

Sporting Iowa, who originally became an Academy Affiliate in 2014, has gone above and beyond in their efforts to expand and provide more coaches and players access to Sporting KC’s greater youth development system. As an example, this past winter, four Sporting Iowa boys made the jump from Affiliate to the SKC Academy which is another testament to these efforts & the alignment between Sporting Iowa & Sporting Club. 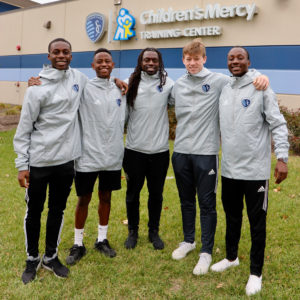 The home base for Sporting Iowa East will be at TBK Bank Sports Complex located in Bettendorf, IA, with the goal of servicing the Quad Cities, Iowa City and several other communities on the Eastern side of the state.  To learn more about Sporting Iowa, and Sporting Iowa East, please visit SportingIowa.com.