Early last month, history was made with a friendly matchup between two common clubs. Sporting Blue Valley girls’ Developmental Academy and Sporting Omaha FC girls’ Developmental Academy played each other for the first time since the two Academy Affiliate clubs had been invited into the DA. Sporting Blue Valley was admitted in fall of 2017; making the club our first Academy Affiliate to be invited into the inaugural season of the DA. This spring, Sporting Omaha FC was admitted into the DA and added into the mix of the various number of clubs.

In 2007, U.S. Soccer introduced the DA program for boys to serve as the elite player development model for the country. In June 2016, U.S. Soccer finally announced the launch the girls’ DA. U.S. Soccer selected a numerous amount of clubs to kick off the fall 2017 DA season; one of those being Sporting Blue Valley. Since then, the girls’ DA has grown and expanded all over the U.S., making the academy one of the most elite and accelerated programs for the developing youth female soccer player.

The main purpose of the girl’s DA is to provide a positive atmosphere while maximizing training and player development to allow opportunities in pursuing a professional path for female soccer players. This includes, increased training to game ratio (clubs expected to train a minimum of four times a week), playing fewer but more meaningful games, as well as assistance for coaching education and development. U.S. Soccer girl’s DA is continuing to create and foster new standards within female development paths to allow for the best learning and training opportunities. 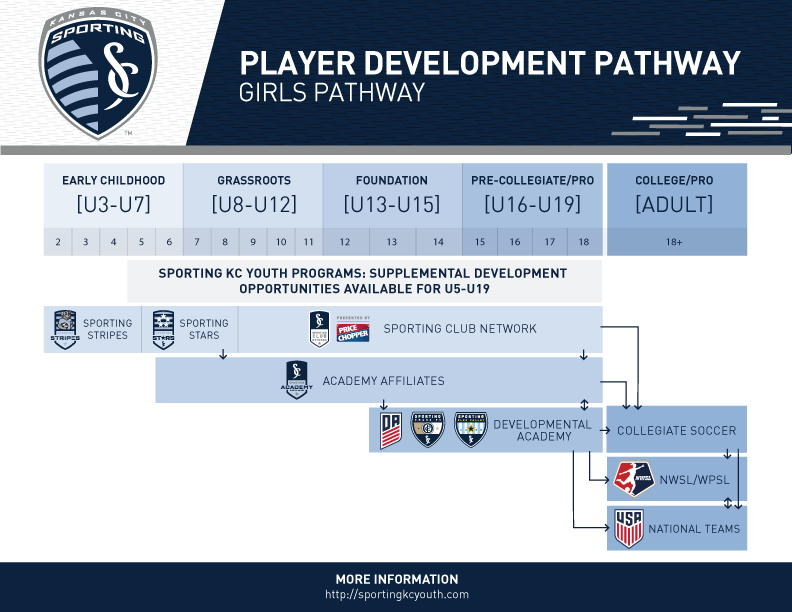 As we aim for growing the female development pathway, our Academy Affiliates have played a vital role in helping that motive. With two Academy Affiliate clubs with DA programs working together, we’re taking some huge steps in the right direction. Tim Bennet, Sporting Omaha FC Executive Director commented on the importance of having two affiliates girls’ DA pathways, “With two GDA’s in the SKC Academy Affiliate program, we can now spread our player pool net over a much larger area. In addition, the expertise and guidance that Sporting Blue Valley has given us has been immeasurable and we can’t thank Colin and his staff enough!”

Not only are Sporting Omaha FC and Sporting Blue Valley working together on this initiative, but they are individually trying to improve their DA program in their own market. Alex Mason, Sporting Omaha FC Girls Director of Coaching quoted, “Becoming a DA member has made us reevaluate all our programs internally, this top down approach will not only help us but also help attract players looking for the highest level of youth soccer in the country.”

Benefits of being in the DA are countless. From qualified coaches to a professional, highly competitive training environment, to opportunities with the U.S. National Team, to top-notch matches, to college exposure and more. Colin Bulwich, Director of Sporting Blue Valley Girls DA Program commented on how this program helps & advances more opportunities for female players in the game, “The pathway to Youth National Teams is unrivaled by DA clubs. A bi-product of national team exposure is D1 college exposure. Of our ’99-’00 group last year, 13 players committee do D1 schools with the other 2 committing to D2 national champions. Our coaches have daily interaction with college coaches around the nation.” 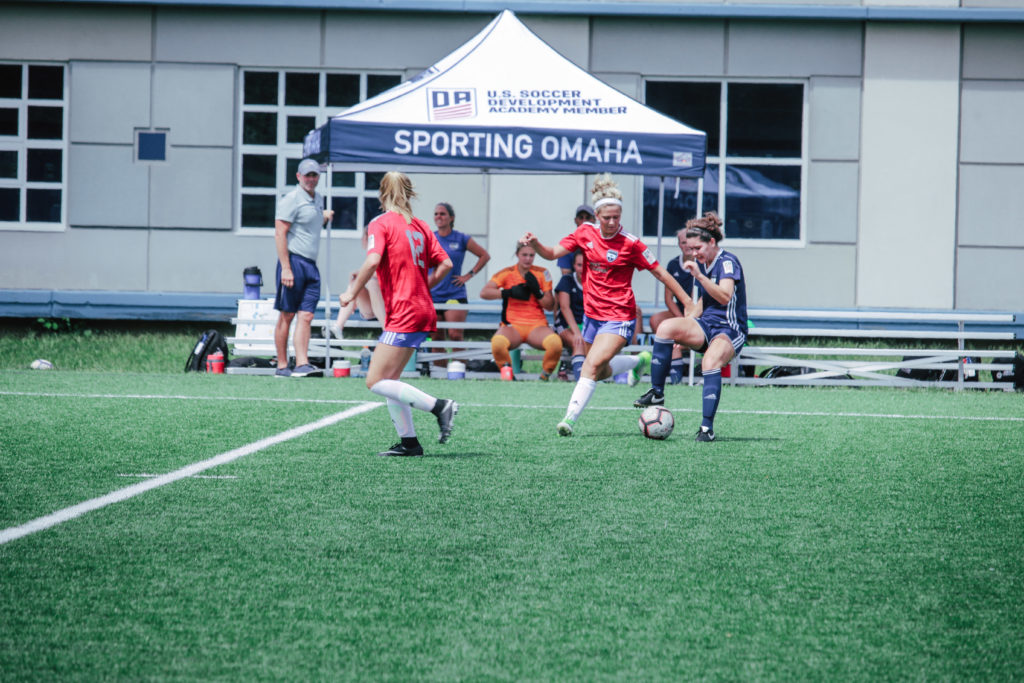 With the recent news of the updated affiliate and roster rules that USSDA have instituted this year, there is now more opportunity than ever for our female affiliate players. A rule that we have already put into play is the new Part-Time Player Initiative. With the new rule, now a player can roster on both a DA club and also a non-DA team within the club or in an affiliate club to supplement their playing time as part of his/her individual development plan. They must train at least 1x and ideally 2x a week with the DA club as part of their development plan.

Sporting Iowa has taken advantage of this rule with sending two players (one ‘03 and one ’06) over to Sporting Omaha FC to participate in their DA program. Matt Ream, Sporting Iowa’s Director of Operations said, “This has been a huge benefit to us as a Sporting KC Academy Affiliate club. Iowa is one of the three states in the Midwest without a DA or ECNL program. While we’d hope to eventually see that level of soccer come to Des Moines metropolitan area, for now we are able to utilize our relationships with SKC, SBV and SOFC to help our players get to the next level.”

If you know of a top female player that should be competing at a higher level, there is now the opportunity to get them into training/games with their closest GDA program in our affiliation. Please contact your club director if this is the case and if you have any questions/concerns.